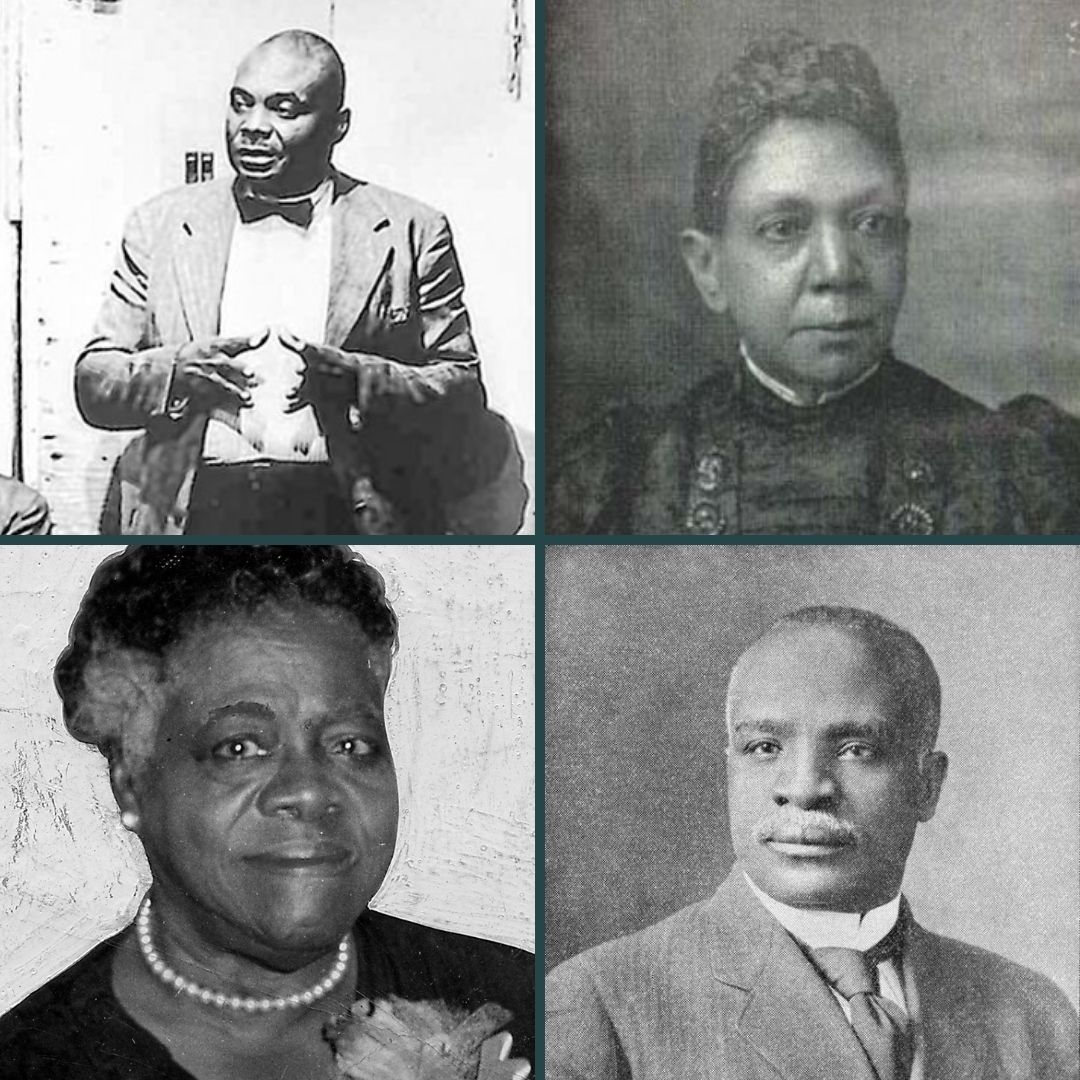 This February, we’re celebrating Black History Month by recognizing influential Black teachers who changed the course of education in America. Their accomplishments and contributions highlight the ways in which education has been shaped by these fearless leaders, but they also remind us how far we have yet to go to achieve true equity and inclusion. While this is but a fraction of the Black academic community and its legacy here in America, we hope this inspires you to dig deeper and learn even more about the passionate teachers and educators making change happen.

An American educator, missionary, and lifelong supporter of higher education for women, Fanny Jackson Coppin was also the country’s first Black principal. With a passion for educating women, she utilized her role to expand the curriculum to focus on industrial work, develop opportunities to exhibit art created by young women, and push for her students to be hired by employers in positions that utilized their education. In 1926, a Baltimore teacher training school was named after her. Today, that school goes by Coppin State University.

Born a decade after the Civil War ended, Mary McLeod Bethune is widely considered to be one of the most influential Black educators, civil rights leaders, and government officials of the twentieth century. A dedicated teacher, Bethune founded a boarding school which eventually became Bethune-Cookman College, setting the educational standards for many Black colleges to follow.

As a political activist dedicated to civil and women’s rights, Bethune was pivotal in driving voter turnout, especially after women gained the right to vote. She went on to become the highest-ranking Black woman in the government as director of Negro Affairs of the National Youth Administration—a position she was appointed to by President Franklin Roosevelt. From 1940 until her death in 1955, Bethune served as vice president of the NAACP.

As the first Black man to attend John Hopkins University and the first Black mathematics graduate student, Kelly Miller pushed academic boundaries. While pursuing his own advanced degrees in mathematics, Miller began teaching at Howard University. In 1907, he became dean of Howard’s College of Arts and Sciences. His contributions in this position included modernizing the curriculum and tripling enrollment in his first four years as a result of a recruitment strategy he pioneered: touring the Southern states in search of students. In his later years, Miller continued to fight for access to higher education for all Black Americans.

Born in South Carolina, Esau Jenkins was a businessman, community organizer, and literacy advocate. At the time, South Carolinians were required to recite passages from the state constitution in order to be eligible to vote. Understanding the importance of this, Jenkins established the Progressive Club to educate residents. This club eventually gave rise to a school designed to teach Black adults to read with the ultimate intention of registering to vote. The first school was such a success that the idea spread across the South, leading to tens of thousands of literate adults and eligible voters.

To honor the sacrifices and achievements of these individuals, we hope you’ll consider donating to an organization that embodies the spirit of these educators and their legacy, such as the NAACP’s Legal Defense and Education Fund, which fights for racial justice through litigation, advocacy, and public education.